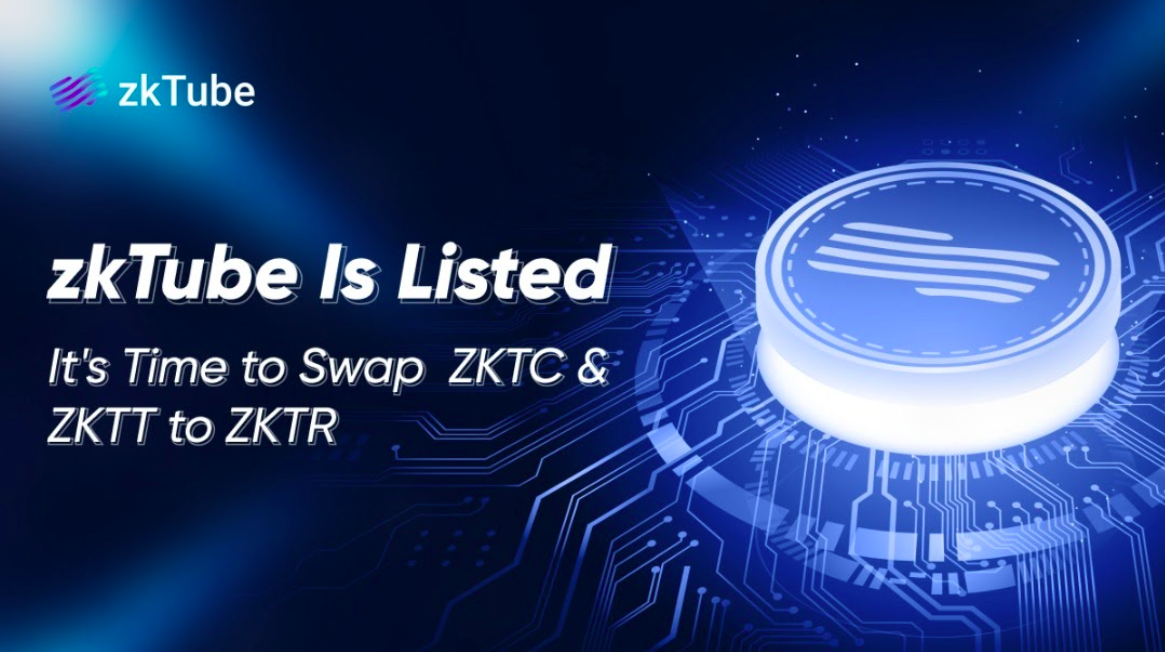 zkTube-headquartered in Australia is a Layer 2 protocol working to solve problems on Ethereum such as network congestion, scalability, high gas costs, delayed transactions, poor user experience, etc. zkTube Mainnet was recently launched, and now zkTube is to be listed, and all work is focused on distributing rewards for events.

zkTube is currently the best scaling solution on Ethereum Layer 2. It is the first Layer 2 protocol utilizing the PLONK algorithm powered by ZK-Rollup technology. It combines zero-knowledge proof and chip computing to provide a secure environment against malicious activities such as intrusions and hacker attacks.

zkTube started in 2020 and is continuously working to achieve several milestones. At the Testnet launch, more than 135,000 nodes were deployed. After this, zkTube started token mapping for Mainnet. On September 10, zkTube officially launched its Mainnet, beginning a new Ethereum era.

Right after the Mainnet launch, the whole team started working to move forward according to plan. It has announced the continuity of distribution of rewards for early events. Some highlighted events are ZKTC for PayTube Wallet Public Beta Testing, ZKTT for zkTube Mainnet Simulation Mining, and ZKTC and ZKTT swap contract addresses.

zkTube achieved the simulation mining milestone before the launch of Mainnet. It was officially launched on August 21, 2021. It allowed users to log in to the official website of zkTube to connect their wallets to receive the Testnet Token ZKTR. Users from any corner of the world can participate in test mining and win mining rewards.

PayTube Wallet is the web 3.0 application built on Rollup underlying protocol to support Cross-Rollup, Dapps access, multiple currencies, etc. zkTube launched PayTube wallet Global Public Beta Testing for correction and updating the wallet. The first one thousand users to participate in the test had the chance to share 500,000 ZKTC. Users can participate in Layer 1 and Layer 2 transactions while enjoying PayTube wallet functions. Users have to follow some set of rules to win ZKTC (zkTube Candy). It was announced back then that the awarding date of ZKTC and its exchange ratio to ZKT would be announced soon after the launch of Mainnet.

According to a recent announcement, zkTube will announce the ZKTC and ZKTT swap contract addresses on September 30, 2021. Users will receive distributed rewards in stages and will get the swapped ZKTR at their Layer 2 address. The exchange rate of ZKTC to ZKTR will be 100:1, and the ratio for ZKTT to ZKTR will be 5:1. The initial swap duration is one month, starting from September 30 to October 30, 2021.

Users must deposit ZKTC to the zkTube Mainnet contract address for the swap, and ZKTT must be deposited to the Rinkeby network contract address. After transferring tokens to their corresponding Layer 1 swap contract address, swapped ZKTR will be available after October 30. Upon withdrawal, users can swap ZKTR to ZKT on 1:1.

zkTube is distributing the mining revenue on Layer 2

zkTube turns Ethereum green using the proven-decentralized method for lower energy consumption. It is designed in such a way as to consume less energy for implementing its solutions. This Melbourne-based project utilizes a PLONK mining model that contains miner codes for mining.

zkTube has also announced additional incentives for main network mining. It has decided to add a bonus for the online duration of the current Mainnet Nodes, but there is a configuration eligibility criterion for online bonus nodes.

zkTube’s next goal is to list its ZKT token on different large exchanges. Soon, by the end of October 2021, ZKT will be listed on one of the largest exchanges. The release of zkTube (ZKT token) on a more prominent exchange will significantly improve liquidity, making trading more convenient for everyone. Miners looking for affordable options will find ZKT tokens one of the best options to buy and stake.

zkTube has also accessed Uniswap V3 Hackathon Granted for promoting the development of the V3 version. This development will enable many apps to transfer to zkTube, and zkTube will provide comprehensive services in the DeFi field. It will also help Uniswap V3 to explore Ethereum features.

zkTube Labs is officially launched on imToken Wallet. zkTube is planning to bring ZKT online to the imToken asset list. The team has submitted the logo and other required relative material. Users can easily manage ZKT in imToken. It will be accepted by more global mainstream crypto wallets, such as MetaMask, Trust Wallet, etc. The zkTube ecosystem will expand, providing a better experience to its customers around the world. imToken is currently the only certified wallet, and it is recommended to use only certified wallets.

zkTube is working on listing ZKT on other popular wallets as well.

Layer 2 is planning to use ZKT as a transaction fee

A recent report shared by zkTube announced that Layer 2 is planning to use ZKT as the transaction fee, and the process is in progress. It will not only increase the mainstream adoption of zkTube but will also bring considerable benefits to users.

zkTube’s team is efficiently working to achieve many milestones. Recently zkTube Labs has raised $15 Million for its Ethereum Layer 2 protocol. It will be used for the comprehensive development of the Mainnet. zkTube is significantly winning the trust of users. It is expanding its network to other countries as well. Besides Australia, zkTube is expecting to open offices in New York, Canada, and Dubai soon.

zkTube is focused on infrastructure construction and value creation instead of on quick money. With the mainnet launched, several services have become available for use, such as PayTube Wallet. Enterprises can now use the Ethereum blockchain without fearing security flaws. zkTube is also supporting the development of Metaverse, NFTs, and GameFi projects both technically and financially.

This Australian company has achieved great success in a short period, and progress is still going on. We can expect more out of zkTube in the future.