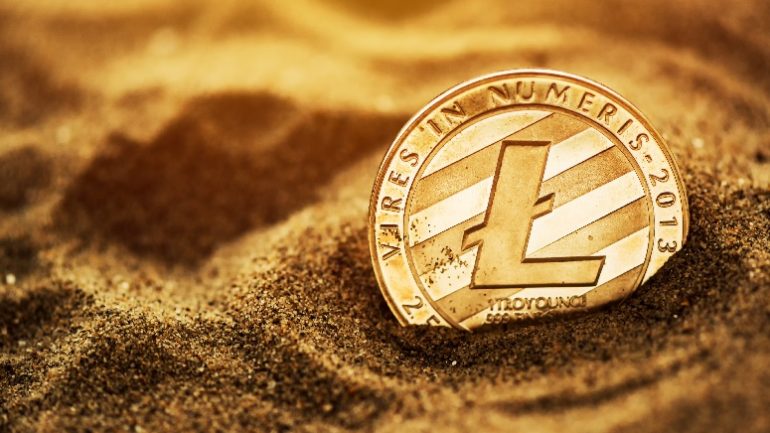 Litecoin (LTC) continues moving higher as the virtual currency has reached its highest price since the last bull market in 2017 and early 2018. Litecoin has hit $370 per coin on early May 7th. There are several reasons behind this price increase. In BTC terms, Litecoin remains undervalued as it could continue moving higher.

Litecoin Continues Growing and Expanding
Litecoin, the 10th largest virtual currency in the market is moving higher at very fast rates. This is why, if you are holding Litecoin, you should be using some of the best Litecoin wallets available in the market.

The digital asset has moved from around $50 in 2020 to over $370 a few hours ago. This shows that Litecoin is also part of the current bull market that is pushing the entire crypto market higher.

In order to understand why is Litecoin growing, we also need to focus on some of the reasons related to it.

Bull Market
The first reason we could mention why is Litecoin moving higher is related to the bull market in which we currently are. Virtual currencies have been growing over the last months and Bitcoin has been a clear leader.

However, once Bitcoin starts moving higher, it is time for other virtual currencies to follow. Litecoin, being one of the oldest cryptocurrencies, was able to reach very high levels as well. Nevertheless, when compared to BTC, LTC remains undervalued. Not financial advice.

Litecoin MimbleWimble
Litecoin developers are also working in order to implement privacy features to the virtual currency. This could happen in the near future and make Litecoin the largest cryptocurrency in the world with privacy solutions for users.

Other digital assets that have privacy features include Monero (XMR) or Zcash (ZEC). In this way, LTC tokens will become fungible and it will be possible for the virtual currency to expand even further.

Bitcoin Testing Network
Litecoin is also known in the market for being a testing network to Bitcoin (BTC). Forking Bitcoin and implementing new improvements is definitely something difficult to do on the Bitcoin network. The community must accept the changes almost unanimously.

However, one of the ways to see the impact of possible improvements on the Bitcoin network was to use Litecoin as a testing blockchain. Both Litecoin and Bitcoin share many things. Indeed, Litecoin was created as a fork of Bitcoin.

Some analysts consider that the recent price increase on Litecoin could be related to the recent Taproot improvement being added to the Bitcoin blockchain.

Fast and Cheap Transactions
Litecoin is also a cryptocurrency network that processes fast and cheap transactions. This makes it possible for users to send and receive money across borders in a fast and easy way. At the time of writing this article, a Bitcoin transaction costs over $20. At the same time, they are very slow in comparison with the Litecoin network.

LTC transactions are now close to $0.06 and transfers get processed by the network in just a few minutes. Thus, the congestion is even lower than on the Ethereum (ETH) network, which was usually used as a secondary blockchain to send and receive transfers.

Secure Digital Asset
Finally, Litecoin is a secure virtual currency when compared to others. Indeed, it is among the safest in the world. While Bitcoin remains the largest and safest network, Litecoin is also offering high-security standards. Currently, the Litecoin blockchain has more than 320 Thash per second