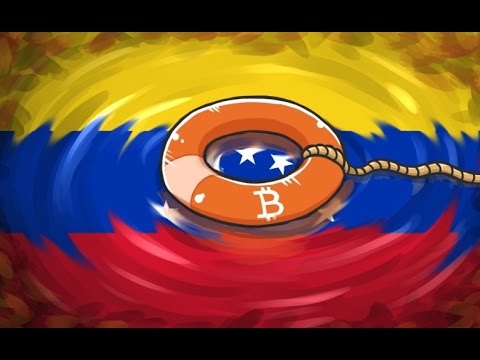 Cryptocurrency adoption around the world continues with Venezuela accepting payments in Bitcoin (BTC) for citizens to pay for their passport documents. Users reported the situation on Twitter where the community became excited about the news.

Venezuelan Government Accepts Bitcoin
Some governments are starting to demand Bitcoin as the digital currency continues to expand in the society. This is the case of the Venezuelan government which is now accepting Bitcoin for users to handle their passport documents.

The Administrative Service for Identification, Migration and Foreigners in Venezuela, is now accepting Bitcoin payments rather than credit or debit cards. The payment with Bitcoin works for passport extensions and also for document renewals.

A cryptocurrency user commented about this:

“Bitcoin has no boundaries and it is censorship-resistant. It does not distinguish. Left or right. If payments are blocked in Venezuela, Bitcoin fixes this.”

Once the user selects the payment in cryptocurrencies, he will have just 8 minutes to end the transaction. This is due to the volatility that users could experience between selecting the payment option and the moment in which the payment is processed.

Some users started to report on Twitter that the feature didn’t last for a long period of time while others mentioned that this was completely false.

Venezuela’s Crypto Expansion
Venezuela is currently the country in the world with the largest inflation, much more than any other nation. Cryptocurrencies have been expanding in the country as a way to avoid these inconveniences related to hyperinflation. The local currency is almost worthless and people are usually using other foreign currencies such as the U.S. dollar.

At the same time, it is worth mentioning that virtual currencies expanded in the country as well. Thousands of shops are now accepting Bitcoin as a means of payment in order to help users process the payments they need. This includes Bitcoin and many other digital currencies, including Litecoin (LTC) and Dash, which allow individuals to process payments in a fast and easy way.

If Venezuela started to accept Bitcoin, this could certainly be a very important step for the expansion of virtual currencies. Of course, the government didn’t inform what they would do with the funds or how they will handle them. Nonetheless, Bitcoin is certainly becoming a more important digital currency with a large number of use cases and possibilities for both governments and users.