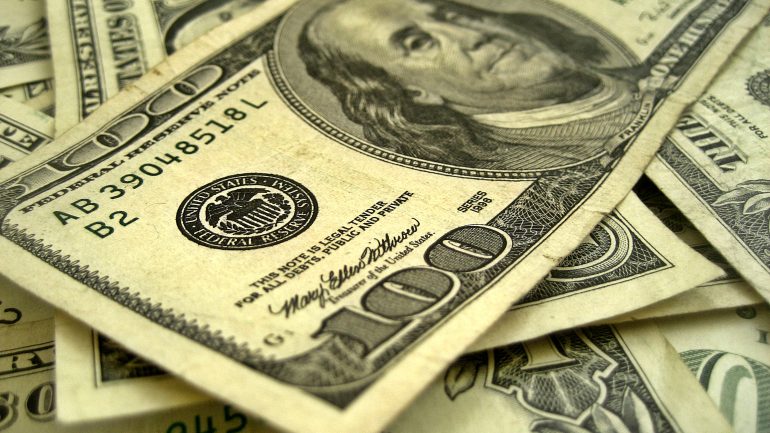 Michael Novogratz, the CEO of Galaxy Digital, said that if the United States doesn’t transition to a digital world things can change fast.

He went on saying that other countries such as China are way ahead in terms of fintech adoption and support and this could affect the U.S. dollar reserve status.

Is The U.S. Dollar At Risk?
In a recent tweet, Michael Novogratz talked about China, the United States and how the USD could lose its reserve currency status.

This is what Lawrence McDonald, Former Head of Macro Strategy at Societe Generale, shared on Twitter.

Nevertheless, Mr. Novogratz considers that if the United States doesn’t transition to a digital world, these things could eventually change.

About it, Novogratz commented:

“And if we don’t transition to a digital world that will change. We are way behind on a crypto USD. China is coming. And coming fast. They are way ahead in fintech. Their President just publicly claimed his support to all things blockchain. We risk losing our reserve status.”

Michael Novogratz
✔
@novogratz
And if we don’t transition to a digital world that will change. We are way behind on a crypto USD. China is coming. And coming fast. They are way ahead in fintech. Thier President just publicly claimed his support to all things blockchain. We risk losing our reserve status https://twitter.com/Convertbond/status/1165286165852897280 …

50% of all trade invoices
68% of global securities issuance

As a result, “while the world economy is being reordered, the US dollar remains as important as when Bretton Woods collapsed” in 1971.

262
9:02 PM – Nov 10, 2019
Twitter Ads info and privacy
108 people are talking about this
It is worth mentioning that China has recently endorsed blockchain technology and how it can change their economy. President Xi Jinping said that blockchain was an important breakthrough for independent innovation of core technologies.

After these comments, Bitcoin surged by 40% in just a few hours. This was one of the largest price increases the cryptocurrency ever had.

At the same time, China has also eliminated Bitcoin mining from the list of economic activities that should be better regulated or eliminated from the country.

While Facebook is trying to work on the Libra cryptocurrency, China could also be developing a digital yuan to compete against the expansion of private stable coins or cryptocurrencies.

While Novogratz considers that the lack of plans to move towards a digital future could affect the United States, other analysts believe that the U.S. dollar is being weakened by low-interest rates pushed by the FED and more USD printing.

Back on Friday, the dollar index against a basket of six major currencies reached an almost 4-week high of 98.404.

DogeStyle: The Ultimate Meme Currency With an NFT Twist

An Online Store: where people from all around the world may purchase and sell bitcoin.

How to delegate in ISPO and what is Staking Pools