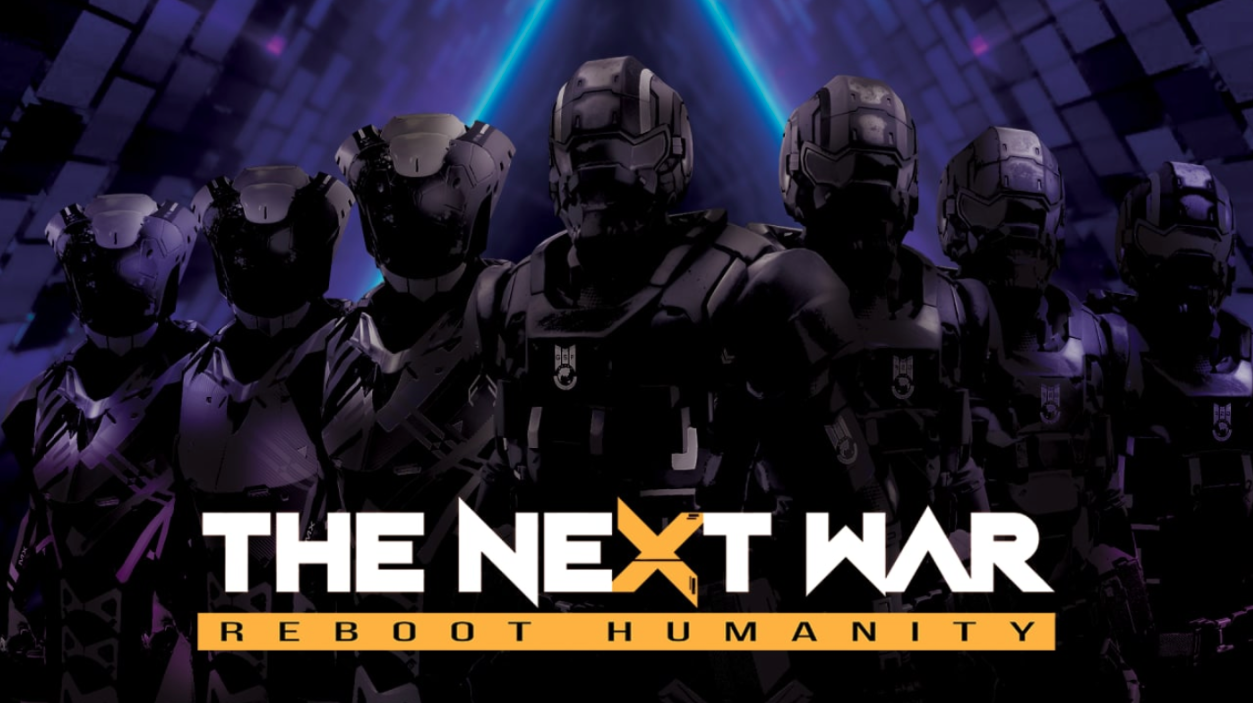 There are plenty of shooting games out there, but there was one element that seemed missing until now. With the release of The Next War, a blockchain-enabled Battle Royale game, users can now earn while they play.

Inspired by Call of Duty, coupled with our imagination, and taking into consideration the likes of gamers, we intend for The Next War to explore all the uncapped elements. It offers high-end graphics that are at par with any of the established games, along with some of the most amazing features that are bound to amplify your experience.

We plan to combine gaming and blockchain, and there is no better genre than shooter games to start with. When you set it in the metaverse, the future of the gaming industry, the outcome is set to be amazing. And, it certainly is! A few minutes of The Next War, and you will be glued for hours.

For those of you who are a fan of The Sandbox, we have acquired a 3 x 3 land with the coordinates (117,-48) to further enhance your experience and enable seamless bridging between blockchains. So instead of shooting all day, as is the case with other games in the genre, you can now socialize with fellow gamers, flaunt your NFT collection, or watch tournaments, along with a bunch of other fun stuff.

Now that we have your attention, let’s delve into The Next War’s gameplay. Here, we offer two viewpoints, first-person shooter (FPS) and third-person shooter (TPS), along with several captivating maps to choose from.

You can earn tokens and NFTs in the four different game modes, so it’s not just shooting the enemies per se. Also, there’s a limited Genesis Soldier NFT capped at 1000 units, one of the rarest in the market, the owners of which will be offered several benefits.

Each of the in-game weapons demonstrates an NFT with different attributes. We have classified them into six categories based on how rare they are. The weapons have a lifespan and a daily usage limit to ensure a fair and healthy ecosystem, so no player can use the same weapon throughout.

What are various game modes in The Next War?

The Battle Royale mode is where you land on a shrinking map along with other players and the last one standing wins. You can also team up and outlast the other teams. So, whether you want to play solo or with friends, we offer both options. There are various rewards to be won here.

The Guild War mode is a lot more exciting with the use of tanks and robot NFTs that can be purchased from the marketplace. It’s a war between guilds (has to be formed by players) to conquer the land. Since there are more players involved, the rewards outweigh the other modes. You can win our native TNC and TNG tokens (more on this in the following sections) along with NFTs.

Can I earn without playing the game?

Yes, you can and that’s where we plan to revolutionize the whole idea. While the idea of play-to-earn has been there, no game yet offers the option to earn without active participation. But that changes now. There are three ways you can win rewards, Support-to-Earn, Bid-to-Earn, and Watch-to-Earn.

In Support-to-Earn, all you have to do is cheer for your favorite team to win a ticket which can be exchanged for prizes. With Bid-to-Earn, not only the highest bidder wins, but all those involved in the auction get a chance to earn a prize. Watch-to-Earn, as the name suggests, is probably the easiest way you can be rewarded by simply watching the live stream of the game. So, if you are still not sure about getting actively involved, these three will help you win rewards and get you acquainted with the gameplay.

There are also two tokens up for grab, THE NEXT WAR Gem ($TNG) and THE NEXT WAR Coin ($TNC). The supply of the former is capped at 5,000,000,000 and will be a medium of exchange between the various participants in the game. The latter, a secondary token to power the in-game ecosystem, has an unlimited supply and can be used to purchase war crates, and trade NFTs along with a bunch of other supplies and utilities in the game.

That’s basically a brief outline of the gameplay, how we intend to reward both the active players and the passive ones, and the tokens native to the platform. Until now, we have been able to meet the deadlines set initially, plan to host an IDO as early as May and conclude the alpha and beta stages of testing by the third quarter of 2022. You can also expect the mobile version to hit the market around the same time.

To learn more about The Next War visit www.thenextwar.io