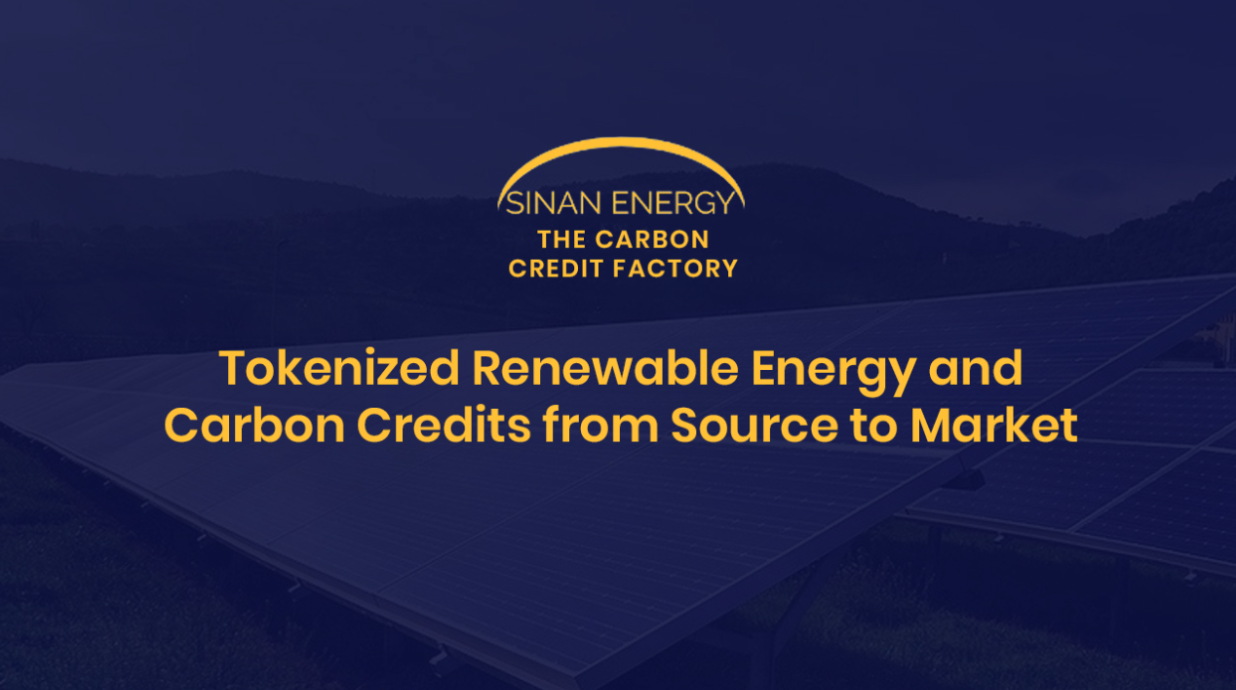 When you add carbon credits to the picture, it becomes one of the most lucrative investment options. And this is where Sinan Energy is unique by offering carbon credits from its own plants in the form of crypto tokens, which can be traded on exchanges for a profit or used in the real world. The need for carbon credits arises because more and more companies have adopted a net-zero emission target, which has led to an exponential increase in their demand and prices. Experts predict that the prices will likely increase fifteen-fold before 2030..

Sinan accelerates the commercial deployment of new renewable energy technologies by integrating these into its blockchain-enabled tokenization platform to build and deploy innovative plants ahead of the curve, thereby extracting maximum value.

Sinan Energy’s blockchain platform enables it to tokenize, record, and verify carbon credits generated from its plants. This allows it to achieve international certification and trade carbon credits on the global carbon market. By integrating renewable energy and blockchain architecture, Sinan Energy has created twin revenue streams through the sale of energy and tokenized carbon credits.

Integrating these two attractive options on one platform provides consistent and lucrative benefits to token holders of Sinan Energy.

What’s all the hype around Sinan Energy’s Carbon Credit Tokens?

Carbon credits offset a given amount of carbon dioxide or other greenhouse gases released into the atmosphere by industry and governments. These credits exploded in value in the last few years as most of the top 5000 companies across the globe have adopted net-zero emission targets. The carbon credit price is expected to see an upward trend in the coming years as the shortfall between the supply and demand for renewable energy energy doesn’t seem to be narrowing down anytime soon.

State-backed utilities lack the potential to produce large amounts of energy simply due to a shortage of resources, poor management, and heavy reliance on fossil fuels, which are both not as effective as renewable energy or as cost-effective.

The problem in opening access to carbon trading is that carbon credit markets are generally very complex, with several intermediaries shaving off profits. This is where Sinan Energy’s innovative renewable energy and carbon credit blockchain platform aims to disrupt the entire carbon value chain.

So, if you have been looking to invest in the twin booms of renewable energy and carbon credits, the Sinan Energy Token (SET) provides great exposure to both markets. Given the inherent supply shortages and Sinan’s pipeline of projects the price  of SET tokens are expected to appreciate in value significantly.

Renewable energy is the future

Renewable energy plants, especially solar and wind, have lower operating and maintenance costs than their fossil-fired counterparts. This provides cost benefits to both the plant owner and end-users.

Sinan Energy has invested heavily in the development of renewable energy plants. They have signed contracts to set up plants with a total capacity of more than 100MW. Sinan will be setting up some of these plants at their Innovation Implementation Zone in the Northern Cape, South Africa. This region receives one of the highest amounts of solar radiation across the globe.

The Sinan Energy joint IEO and IDO is currently underway on the P2PB2B exchange with a full listing scheduled for May 12, the proceeds of which will be spent on the further development of the platform and to set up new plants. The total number of tokens is capped at 10,000,000,000, and individual tokens have been priced at $0.015. Every $1 million raised, will start the construction of a corresponding 1MW capacity renewable energy plant that will provide tokenized energy and carbon credits.

To find out more about Sinan Energy, visit https://www.sinanenergy.com/