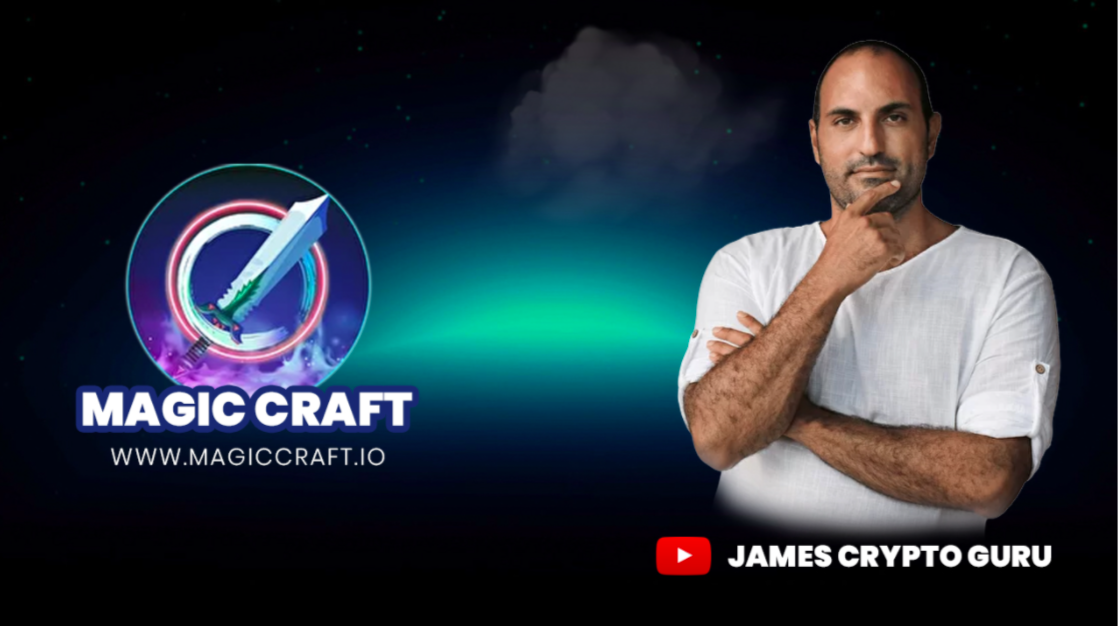 As one of the upcoming MMORPG games in the blockchain gaming world, MagicCraft wants to provide an original turn-based war universe with PvE or PvP modes that allows players to earn in-game tokens, receive awards, and stake them. The game’s main focus is ‘Castle Sieges’ where every week, clans meet on the battlefield to slaughter one another, loot castles, and claim the title of King. The spoils of war are given to the winners in the form of $MCRT, the DAO governance token in the game is $MCRT, which is a Binance Smart Chain BEP-20 token. Players can select powerful heroes and offensive weapons from the in-game assets (NFTs) with these assets ranging from free to premium, depending on the selection and level. The $MCRT token serves as a vital link between the crypto market and the gaming economy, from the Winner’s Reward to the purchase of in-game assets, $MCRT will drive the game’s total commercial activity.

James Crypto Guru, the founder of Magic Craft, is an 18-year industry veteran with a diverse background in business and investing. A multi-millionaire with unequaled knowledge of the cryptocurrency and stock markets who is semi-retired. He is a well-known YouTube analyst and lecturer who has a track record of correctly predicting daily Bitcoin prices.

“We have hit huge milestones in just a few months,” Magic Craft’s founder, James Crypto Guru, said of the company’s progress and accomplishments. “We are accumulating more and more holders every day and producing incredible trading volume for $MCRT without even introducing the main feature.” “Our social reach is also quite outstanding,” he continued. “We currently have 50k followers from all over the world on our social media sites. We are quite pleased with the impact and impression that Magic Craft has on its users. Magic Craft has made a positive impact on its users, and we’re happy with that. We’re ecstatic about our idea, which will revolutionize the GameFi area and propel Magic Craft Game onto the international stage.”

Magic Craft aims for a successful 2022

Magic Craft to continue its Metaverse dominance in 2022 as well as it started the year with a new listing on MEXC Global. Founded in 2018, MEXC Global is a centralized exchange that employs a high-performance mega-transaction matching technology. The CEX platform is run by a team of professionals with extensive financial industries and blockchain technology experience. MCRT is also listed on Dextools, Pancakeswap, and Bitmart. The project is achieving significant milestones on a daily basis, thanks to increased trading volume and positive price action.

Play-to-earn gaming is becoming increasingly popular, and it’s sweeping the cryptocurrency industry. Many people who participate in P2E games have one goal in mind: to generate money. There is a lot to do in this game, from finding rare items and selling them on marketplaces to defeating other players in PvP combat and earning in-game cash. Under this exclusive gaming model, participants are rewarded for playing games that they would otherwise play for free or for spending money from their wallets to level up.

The Magic Craft ecosystem intends to disrupt incumbent game developers such as World of Warcraft and League of Legends by granting creators actual ownership of their inventories in the form of non-fungible tokens (NFTs) and rewarding them with the utility token, $MCRT. Magic Craft distinguishes itself from the competition in three significant ways:

The popularity and rapid adoption of blockchain games have resulted in a tremendous increase in the number of crypto games in the market. During the current crypto bull run, the value of some blockchain gaming tokens has surged by up to tenfold in the last year. According to a recent industry survey, approximately 3.1 billion individuals play video games worldwide, accounting for around 40% of the global population. Gaming continues to develop year after year and has now surpassed both the music and film industries in terms of revenue. All of this creates the promise of a new world, a new economy, and new opportunities.