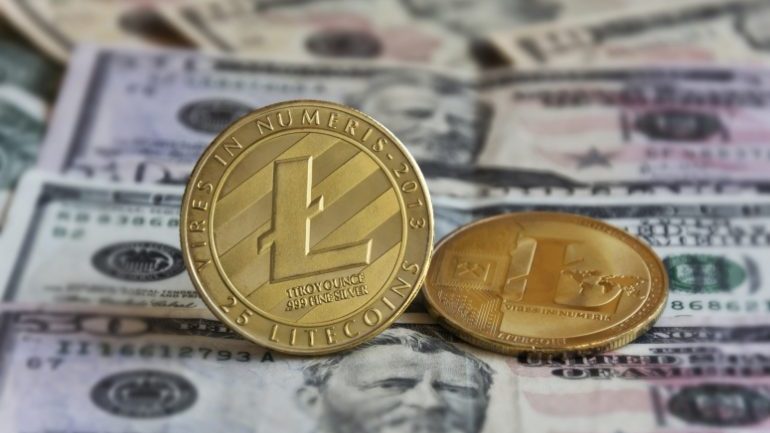 Litecoin (LTC) became the largest gainer among the top 65 virtual currencies during the last week after growing over 21.50%, according to CoinMarketCap. In this way, the virtual currency was able to reach the 8th position in the market and surpass Polkadot (DOT). This comes after a very positive week for virtual currencies, including the announcement made by PayPal to offer support to cryptocurrencies.

Litecoin Becomes a Market Leader
Litecoin became a market leader in the last few days as it was able to register the largest gains in the last 7 days among the top 65 virtual currencies in the world. This comes after Litecoin was selected to be supported by PayPal in its new crypto solution.

A few days ago, PayPal announced that its customers would be able to use Bitcoin (BTC), Litecoin (LTC), Bitcoin Cash (BCH) and Ethereum (ETH) through their payments platform starting in 2021. In this way, millions of merchants worldwide will have the possibility to buy, hold and sell cryptocurrencies.

In addition to it, Litecoin developers continue to work on the MimbleWimble implementation that is expected to help LTC to become the largest virtual currency in the world with privacy features. This implementation will also allow Litecoin holders to send and receive LTC protecting their privacy and making each coin fungible.

In the future, if the implementation goes as planned, this could be added to Bitcoin. Nonetheless, before this takes place it is necessary for LTC to show the solution is useful and works properly.

Litecoin has been falling behind other virtual currencies in the cryptocurrency market in the last year. This is why it is so important for the 8th largest virtual currency to continue in this positive trend.

In terms of BTC, Litecoin is currently at its lowest point since March 2017 before Bitcoin and the cryptocurrency market were able to register large gains and enter a new bull market. Now, Litecoin has a price per coin of $57.20 and a market valuation of $3.76 billion. In terms of BTC, the price of LTC has reached 0.00427 BTC per LTC.

The future of Litecoin is certainly positive and the market knows that. Litecoin, alongside Bitcoin and Ethereum, is one of the most accepted virtual currencies in the world. Furthermore, Litecoin has been added to several fiat on-ramp platforms, meaning that users and investors would have easy access to this digital asset.