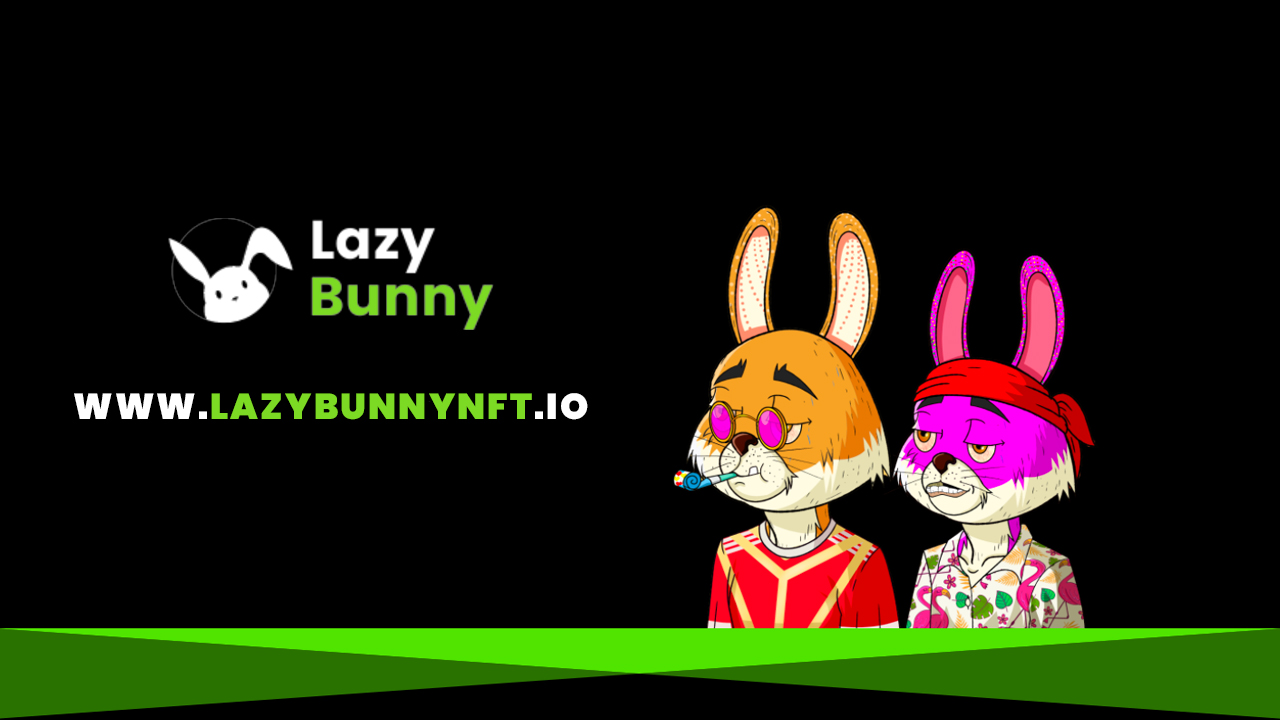 Non-fungible Tokens (NFT) have become one of the most important use cases in the crypto industry. Despite the fact that it was launched in 2012, it only became well-known this bull season after a digital artist known as Beeple sold his digital art for $69 million, making global headlines and giving the NFT market much-needed exposure. Since then, NFTs have been launched by a slew of artists, celebrities, athletes, and mainstream brands, bringing in millions of dollars at auction. The NFT market has come a long way since the first quarter of 2021, with many projects with uniqueness and rarity from the early 2017s fetching millions per NFT, whether it’s CryptoPunks or ETHrock.

However, it’s not just early NFT collections that are fetching millions for the traders, some of the new NFT projects are showing similar impact with its rare collections and innovative collective features. One such project NFT enthusiasts must watch out for is Lazy Bunny, a collection of 555 unique rare bunnies, Each characteristic of Lazy Bunny is hand-drawn, and there are only 5555 of them, making each bunny one-of-a-kind.

To maintain the excitement, the project will reveal how many traits in each trait category are rare for the time being. After the public minting of Lazy Bunnies, all holders will be able to check their rarities using the rarity checker channel on Discord or the Opensea properties of their Lazy Bunny. Please keep in mind that these rarities must first appear in your Opensea properties in order to appear in the Discord rarity checker.

What Makes Lazy Bunny the Ultimate NFT in the Making?

Blockchain technology and cryptocurrencies together have a growing impact on various fields beyond finance. With NFTs, the impact seems to have entered the art world as well, and it is changing what is collectible in the modern world beyond art galleries. Most people still can’t comprehend how JPEGs can be valuable and often forward comments such as “I can right click and download it.” Well, to counter that argument, one can click a photo of the famous Mona Lisa as well, doesn’t mean the photographer owns the painting and it still has the same value.

The Lazy Bunny is a similar rare take on the idea of the digital collectibles with just 555 items with various levels of rarity. The idea of digital rarity is the new thing and that’s why people and especially young investors are spending millions for it. To understand how rarity works in the NFT world, the first ever tweet by the CEO of Twitter Jack Dorsey fetched over $2 million. ETHRocks, an early NFT collection from 2017 of 1000 photos of simple rocks currently has a base floor price in millions. Similarly, CryptoPunks another similar digital collectible from 2017 has become the talk of the town since every other celebrity and even Payments giants such as VISA has fetched millions.

Lazy bunny has been designed keeping in mind the rarity factor and detail with focus on longevity. The Lazy Bunny characters will be aided by other immersing features and add-on features that would also accompany the rarity factor. The rare Lazy Bunny can be aided with rare backgrounds, clothes, earrings, eyes, eyewear, hats, mouths and skins. The details of the rare Lazy collection has been listed below,

To purchase Lazy Bunny NFT, you must first purchase Ethereum, which you can do through a FIAT on-ramp service such as Coinbase or PayPal. You can then transfer the Ethereum you just purchased to your MetaMask wallet and purchase your first NFT from there. You can find more detailed instructions on how to buy Ethereum on YouTube.

There are various benefits of being a part of the Lazy Bunny ecosystem. The Lazy Bunny team has already loaded 5 ETH into the community wallet and will conduct a $1000 giveaway every week for 1 year for holders. Funds from the community wallet will be used as the community sees fit or the funds will be sent out to holders of Lazy bunnies. Your share will depend upon the number of Lazy bunnies you hold. Every holder will receive 1 NFT each from our next project which will be announced to holders only in our discord.