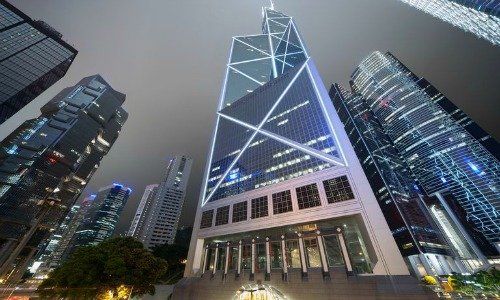 The CEO of Circle, Jeremy Allaire, said that a Chinese cryptocurrency could help the country bypass the Western banking system. Allaire said that during a conversation with Joyce Yang and John Chen during the Global Coin Research podcast.

Circle’s CEO Talks About Chinese Crypto
During the Global Coin Research podcast a few days ago, Jeremy Allaire said that China is working on a digital currency based on the renminbi. If the digital currency is able to be developed, it could eventually bypass Western regulations regarding settlements and payments.

Allaire commented that they are also interested in the development of other stablecoins similar to the USD Coin they have created. In addition to it, he stated that there are going to be digital assets that would become a major trade and reserve currencies.

Regarding the Chinese digital asset, he commented:

“A digital currency version of renminbi that runs on software platforms that can be run over the internet, it really creates an opportunity for China and Chinese companies… and bypass the western banking system.”

Different central banks are currently working in order to release their digital assets backed by local fiat currencies. Some of these countries include the United Kingdom, Canada, Norway or Uruguay, among others. These digital assets are known as Central Bank Digital Currencies (CBDCs) and are expected to become very popular in the future.

Allaire has also explained that Circle is always following the different developments that are currently taking place in the Chinese market, including a digital renminbi. Moreover, he said that this virtual currency would play an important role in expanding China’s influence around the world.

“I think the broader concept of the internationalization of the yuan and the belt and road initiative and the desire to expand China’s role as a trade counterparty […] a digital currency is a natural path for that to grow,” Allaire commented about this project.

China is also working on commercial expansion throughout Central Asia, Southeast Asia, Northeast Africa and Europe. The goal is to start new commercial channels between China and its neighbours in many different regions.

We have written a few days ago that Tether could be releasing a yuan-backed stablecoin using a Belgian bank. This would also be very positive for China and the renminbi that would expand its influence in other countries. Tether is the largest stablecoin in the world.