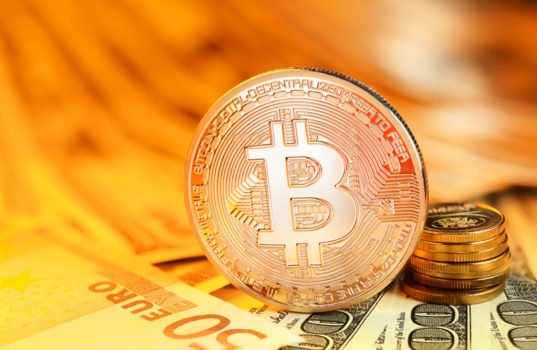 There are four reasons why Bitcoin (BTC) could surge in the near future. As the market expands and companies invest in the space, the most popular digital currency could eventually surge in the next few months. In this article, we will provide you with some of the reasons we consider would help Bitcoin grow.

Bakkt, a company created by the Intercontinental Exchange (ICE) has received approval by the U.S. Commodity Futures Trading Commission (CFTC) to bring institutional infrastructure to digital assets. The goal is to start working on September 23 offering custody and physically-delivered daily and monthly Bitcoin futures contracts in partnership with ICE Futures U.S. and ICE Clear U.S.

According to Brian Armstrong, the CEO of Coinbase, one of the largest cryptocurrency exchanges and platforms in the industry, said that they are experiencing $200-$400 million a week in new crypto deposits from institutional customers.

Although he didn’t explain whether 100% of the funds are being invested in Bitcoin, this is a massive amount of money for the cryptocurrency market. For example, around $130 million in BTC are mined each week. Some of the most profitable miners do not sell all the BTC they earn, meaning the selling pressure on the market is even lower than $130 million per week just from miners.

It seems there is a growing demand for Bitcoin that is expected to help the digital currency grow in the future.

In just 274 days, Bitcoin is going to be experiencing a block reward halving. That means that miners are going to be receiving half of the current amount of BTC they receive for processing transactions. Currently, the reward is 12.5 BTC per block, but this number is expected to be reduced to 6.25 BTC around May 17, 2020. That’s less than a year from now.

Previous halving events show that Bitcoin experiences a price increase before and after the reward reduction for miners. This is also very bullish for the digital asset if we consider the aforementioned points.

Although there is nothing confirmed, the approval of a Bitcoin ETF – this would be the first crypto ETF approved – would have a bullish effect on the price of the largest digital currency. Final decisions on two Bitcoin ETFs presented by Bitwise and VanEck/SolidX are expected by October 13 and October 18.

If the cryptocurrency market takes into account all these factors and pays close attention to the charts, we may be close to a new bull run in Bitcoin that would help the whole crypto market continue the upward trend started earlier this year.