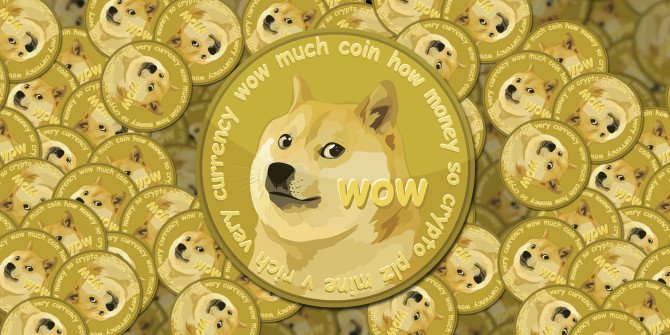 In a recent report released by Binance Research on July 12, they explain that it may be possible for Dogecoin (DOGE) to outweigh Litecoin’s (LTC) mining rewards by 2040. The report considers that merge-mining could eventually become a solution to maintain network security in the long run.

There are different networks in the cryptocurrency market that work with the same hashing function known as Scrypt. Litecoin was created back in 2011 and Dogecoin in 2013 as a fork of Litecoin. Next month, Litecoin rewards are going to be halving, which is going to be detrimental for miners if the price of Litecoin remains stable or falls.

One of the activities that could help Litecoin remain competitive in terms of mining rewards is merged mining. As both share the same hashing algorithm, it is possible to mine Litecoin or Dogecoin with the same mining machines. Without sacrificing mining performance, miners could use its computational power to mine on multiple chains at the same time. This is something known as Auxiliary Proof of Work (AuxPoW).

The report explains that the most popular merged mining coin is Dogecoin. This digital currency has a hash rate that follows Litecoins hash rate at a surprisingly high correlation. The correlation coefficient between these two networks is 0.95.

Binance Research explains that merged mining could play a decisive role in how child chains support decreasing mining rewards of parent chains such as Bitcoin (BTC) and Litecoin. For example, Litecoin will have a decreasing mining reward that could be compensated to miners by mining a second network such as Dogecoin. That means that legacy blockchains such as Litecoin and Bitcoin could remain sustainable and legitimate through merged mining.

In the future, the rewards for Dogecoin could outweigh Litecoin’s rewards. This would happen if the prices of these two digital currencies remain the same. Nonetheless, with a lower supply of Litecoin, the price is expected to increase as well, which means that Litecoin miners would remain more profitable than Dogecoin miners.

The report reads as follows:

At the time of writing, Litecoin is the fourth largest digital currency in the market after Bitcoin, Ethereum (ETH) and XRP. As reported by CoinMarketCap, Litecoin has a market capitalization of $6.55 billion and a price per coin of $104.

Dogecoin is the 30th largest virtual currency with a price per coin of $0.00316 and a market capitalization of $380 million.