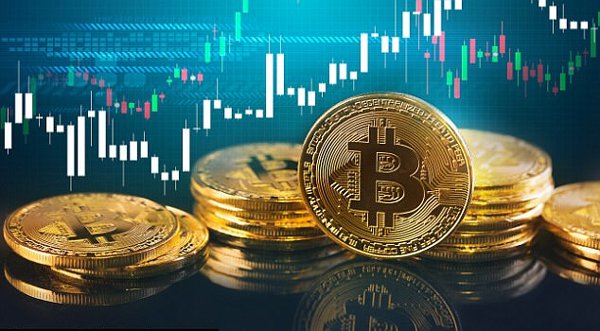 Deutsche Bank, one of the largest banks in Germany, accepts that cryptocurrencies could eventually replace cash in the next ten years. The firm released a report in which they acknowledge the potential related to cryptocurrencies and how they can be used in the future to replace cash as we know it nowadays.

Could Cryptocurrencies Replace Cash?
During the last decade, Bitcoin and cryptocurrencies have been expanding all over the world. They have already been used as a means of payment and also as a store of value. However, their main use case is still speculation and investment.

However, things can change in the future. According to Deutsche Bank, cryptocurrencies could eventually replace cash by 2030. In a report titled ‘Image 2030: the decade ahead,’ Credit Strategy and Thematic Research experts at Deutsche Bank made several predictions about how the world might look like in a decade from now.

The report includes analysis of different matters and topics such as Europe, China, climate change and cryptocurrencies, among other things.

The section regarding cryptocurrencies explains that these assets have always been additions rather than substitutes to money. Indeed, they were not able to take off as a means of payment despite the benefits that they give to users.

“The demand for alternative currencies will therefore likely be significantly higher by the time 2030 rolls around. Will fiat currencies survive the policy dilemma that authorities will experience as they try to balance higher yields with record levels of debt?”

Not only cryptocurrencies could grow in the future, but Central Bank Digital Currencies (CBDCs) could also be released to the market. CBDCs are those virtual currencies created by central banks that would be controlled by these institutions. They could be used to improve several aspects of the financial market but they are still being analyzed by different central banks.

According to the senior economist Marion Laboure, once a regulatory framework is in place in different regions around the world, cryptocurrencies would be able to replace cash by 2030. In the next ten years, the advancement of cashless societies may be able to attract a larger number of individuals.

Furthermore, it will also be very important for virtual currencies to increase their legitimacy, build alliances with the whole payments industry and require a robust digital financial system to address cyberattacks and other potential risks.