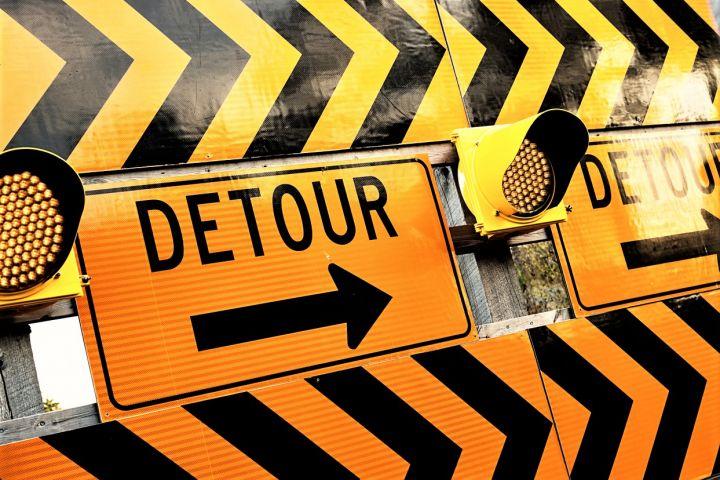 Two U.S.-based exchanges have recently announced the delisting of several cryptocurrencies for U.S. customers supposedly in response to the regulatory uncertainty pertaining to what cryptoassets will be considered as securities and which ones will not by the country’s financial regulator.

Moreover, this past Friday, Binance announced that, starting September 12, it will block U.S. customers from trading on its main exchange, Binance.com, as it aims to launch a local exchange, Binance.US. However, it’s still not clear what tokens will be available on this platform.

As a result, trading crypto is becoming more limited in the U.S., which begs the question: “What can traders do about this?”

Here are a few suggestions:

Move altcoin trading offshore
Use decentralized exchanges
Trade only “regulated” assets
In light of the limited asset offering by two popular digital asset exchanges, U.S. traders might need to switch to offshore exchanges to fulfill their altcoin trading needs. Depending on the exchanges in question, that could mean using smaller, unregulated exchanges that are less liquid and riskier to use. However, there is currently nothing keeping investors from trading on offshore platforms.

Additionally, U.S. traders could switch trading activities to decentralized exchanges (DEX). In the case of the Binance DEX, which is not fully decentralized, it would mean trading directly within supported wallets. Effectively all Ethereum, EOS and Tron-based DEXs are (still) freely accessible for U.S. traders while the popular decentralized bitcoin exchange, Bisq, can also be used by everyone.

Using a VPN (virtual private network) on centralized exchanges that have geoblocked the U.S. or that have limited assets for U.S. customers is a risky affair because should the user be required to fill out a KYC (know-your-customer) form to withdraw funds, a loss of funds could be the result if the user should not have been using the platform in the first place.

Finally, U.S.-based traders, especially those trading in high volumes, could switch to trading only the cryptoassets that have been de facto approved by the U.S. Securities and Exchange Commission (SEC), such as bitcoin and ether, plus those that have been approved as security tokens. While that may significantly reduce the investable universe, it would ensure that no funds would be in jeopardy due to any upcoming new regulation in the U.S.

What have U.S. traders lost
As Cryptonews.com reported on May 17, U.S. digital asset exchange Poloniex has ceased to offer the trading of nine cryptoassets over “regulatory uncertainty in the US market.”

Currency pairs for Ardor (ARDR), Bytecoin (BCN), Decred (DCR), GameCredits (GAME), Gas (GAS), Lisk (LSK), Nxt (NXT), Omni (OMNI), and Augur (REP) were disabled for U.S. customers on May 29 because the exchange was not able to ascertain whether these assets will be categorized as securities or not in the future by U.S. regulators. International customers were not affected by these changes.

Bittrex also made the decision to delisted a number of cryptocurrencies for U.S. users. In a statement, the company said that “certain markets will no longer be accessible to U.S. Customers. U.S. customers will have access to a more limited number of markets than are available to Non-U.S. Customers on Bittrex International.”

The assets in question include Qtum (QTUM), Storj (STORJ), and 32 other altcoins. U.S. customers will not be able to trade in markets for these assets as of June 21 but will still be able to hold these coins and tokens in their Bittrex wallets.

While Bittrex does not explicitly state the reasons for banning its U.S.-based users from trading these markets, we can assume that the regulatory uncertainty surrounding what assets are securities and which ones are not will have played a role in the decision.

The case of Binance DEX and geoblocking

Meanwhile, the non-custodial exchange Binance DEX, that was launched in April “to empower community growth and foster the industry’s long-term vision of peer-to-peer trading,” states in its terms of service that it will prohibit users from 29 countries, including the United States, from using its platform.

However, Binance CEO, Changpeng Zhao, responded to the community on Twitter saying that the website used to access the decentralized exchange, binance.org, will be geoblocking countries but that the blockchain protocol cannot and will not.

CZ added: “You can trade on @binance_dex using any one of these wallets directly, without going through www.binance.org at all.” For example, you can use the Binance-owned Trust Wallet to trade directly on the Binance DEX.

While this is good news for U.S.-based traders who want to transact in BEP-2 tokens (tokens on the Binance blockchain, Binance Chain), it may still expose Binance to regulatory action in the U.S. because Binance DEX is owned by Binance and is not a fully decentralized network like Bitcoin, for example.