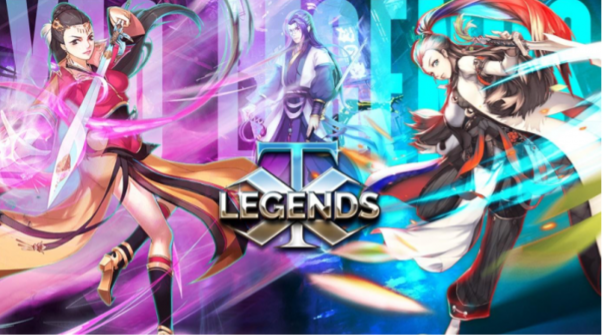 While DeFi has become a popular buzzword among the crypto hip, it turns out that GameFi is increasingly where the action is these days.

Nearly 50% of active cryptocurrency wallets connected to decentralized applications in November were for playing games, according to crypto data tracker DappRadar. The percentage of wallets linked to decentralized finance, or DeFi, dapps fell to 45% during the same period, after months of being the leading dapp use case.

The gaming craze was kicked into high gear this year by virtual world of Axie Infinity, where players can earn money by winning battles, selling monsters, and staking or lending their digital assets. The number of participants is rising rapidly, as many crypto enthusiasts are also avid gamers, and the idea of combining the two passions appeals to many.

In recent months, a slew of games, such as Splinterlands, Alien Worlds and CryptoMines, have gained hundreds of thousands of daily users. There are now about 1,200 blockchain games, with about 70 new ones added monthly, according to DappRadar.

Another game that is rapidly gaining popularity is X10 Legends, where players will be able to buy and collect various card packs of NFT loot boxes to obtain their favorite Chinese Martial Arts heroes. The combat power of the player is increased by upgrading the cards and card or joining clans. With a higher total combat power, players can also mine more rewards from the game through the in-game Card Staking function.

DeFi is still where much of the money is, but gaming is catching up. The top five gaming dapps recently had a total balance of invested funds of more than $14 billion, compared with $130 billion for the top five DeFi apps over the last 30 days, DappRadar said. Players use these funds to play and earn returns. The gamers also benefit when tokens they earn in games appreciate: Axie’s AXS token has jumped to around $102 from 53 cents at the beginning of the year.

“There’s much more opportunity in the gaming space than there is in the DeFi space,” Tom Leung, founder of X10 Legends said. “There’s only so many banks, but there’s always a brand new game of the week. It’s much more of an expansive space in my opinion There’s more opportunity to potentially make money.”