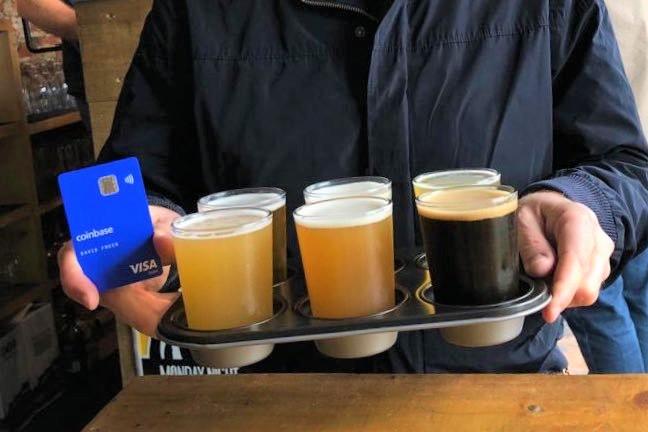 After the card was launched in the UK in April 2019, now customers in Spain, Germany, France, Italy, Ireland, and the Netherlands can also order the card, the company announced.

“In the coming months, we’ll be introducing brand new features, as well as bringing the card to even more customers around the globe,” it added.

In an interview with CNBC, Coinbase U.K. CEO Zeeshan Feroz said they “will be looking at all of our key markets including the U.S.” and that they need to find the right banking partners.

The CEO declined to disclose results of the card in the UK, only saying that the company “blew past” the initial 1,000 cards it offered users for free.

As reported, Coinbase Card is powered by customers’ Coinbase account crypto balances, giving them the ability to pay in-store and online using bitcoin, ethereum, litecoin. During a transaction they “instantly” convert crypto to fiat currency which is used to complete the purchase. The card can be used for cash withdrawals from ATMs, also. The card is managed via Coinbase Card app that among other things offers instant receipts, transaction summaries, spending categories, and more.

In the case of the UK, there is the GBP 4.95 (USD 6.3) card issuance fee. The card users can withdraw up to GBP 200 per month for free, while any amount over that sum is charged 1%-2%, depending on whether it’s a domestic or international cash withdrawal. Domestic purchase transactions are for free, while the rest is charged 0.20%-3%.

Coinbase Card competes with other crypto payment card issuers such as Crypto.com, TenX, Paycent, Wirex, Bitpay while there are also many other projects in development.