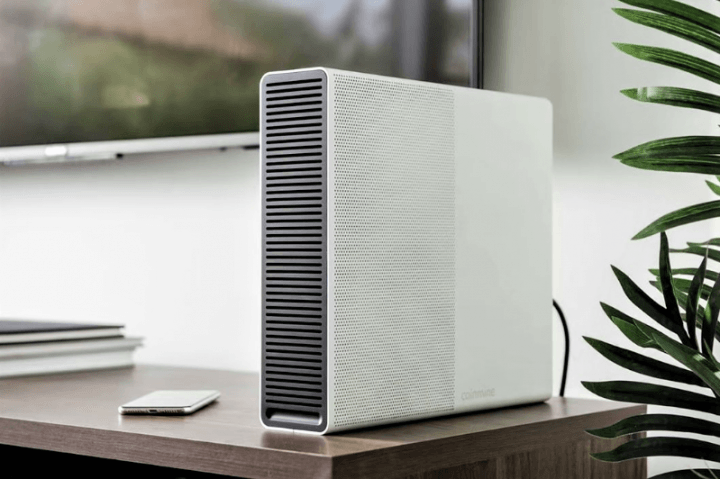 Coinmine, a Coinbase, among other investors, backed crypto tech startup, hopes that the next update of its Coinmine One, a device capable of mining cryptocurrencies, will happen in the coming weeks and will improve efficiency of the device and bring new features, Farbood Nivi, the company’s CEO and co-founder, told Cryptonews.com.

The average power usage of Coinmine One is 180 watts, according to the website of the company. The CEO did not specify how it will change after the update and what other features will be implemented.

However, according to Nivi, going forward, the company is planning to release more devices and make new software announcements: “Software like our operating system MineOS as a standalone [operating system] and apps”. Also, “services like Compound Finance and Cred that earn you interest on your crypto” are in the works, the CEO said without specifying. Moreover, the company plans to add support of the Bitcoin Lightning Network in Q3 2019, so their users will be able to send and receive payments and earn routing fees with their bitcoin and use some of the lightning apps.

Recently, Coinmine added Grin mining on their device and they’re planing to add the HNS coin, the native token of Handshake, an experimental, decentralized peer-to-peer root DNS, and “a few others this year.”

“When we added Grin, a double digits percent of our users started mining it immediately,” Nivi said, adding that Coinmine will share more data about the company’s results over time.

Besides Grin, the device can mine Ethereum, Monero and Zcash.

A hypothetical calculator on the website of Coinmine shows that after one year of mining with Coinmine One, which retails for USD 799, you might have around USD 230 worth of Ethereum, if its price would be the same as today (USD 240). In the case of Monero, at current prices, you might have c. USD 164 worth of Monero. Meanwhile, if the device is running nonstop for the whole year, it would increase your electricity bill by around USD 200, given that you’re paying 12.83 USD cents/kWh, which was the average in the U.S. in March 2019.

However, in an article published in February, Nivi argued that “from an economic perspective, mining can be a much better option for accumulating cryptocurrency than buying.”

“With the right framework and models, it can allow people to use their resources to not only acquire cryptos that interest them today, but leave themselves open to new cryptos that should arise in the future,” he said in an article where he discussed profitability, investment and return on investment in cryptocurrency mining in more detail.