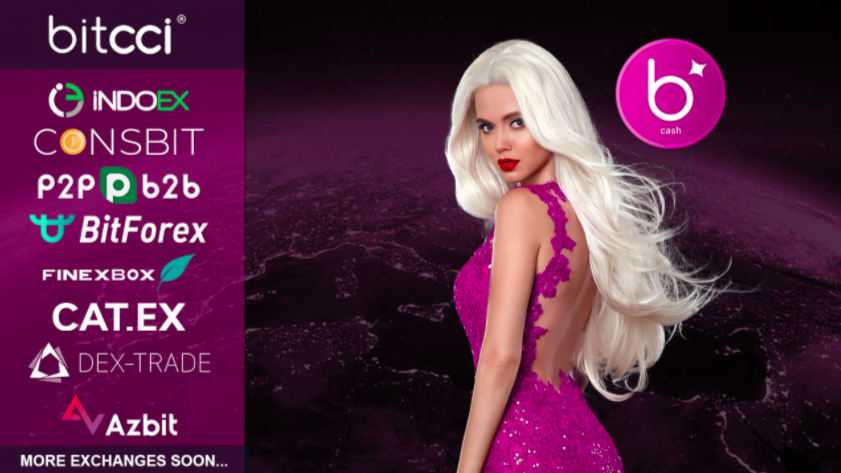 On March 1, 2022, bitcci, one of the first publicly traded blockchain firms, will hold a token sale on the P2PB2B platform and 9 other exchanges including Coinsbit, Indoex, Dextrade, Finexbox, and others. The sale will run until March 31, and participants will receive a 10% bonus on their token purchases as well as membership in the bitcci community. Following that, on April 1, 2022, the project will be listed on P2PB2B and other exchanges.

Blockchain technology has proven groundbreaking in a variety of fields, including economics, sports, and education. Furthermore, because of blockchain’s decentralized and transparent character, it may be integrated into a variety of systems for a low cost of operation. Because of the industry’s malpractices and illegality, the adult industry has recently been under fire. Furthermore, a lack of openness inside popular escort homes has bred suspicion and may stymie the adult industry’s long-term growth.

bitcci, a blockchain startup based in Switzerland, is attempting to address these issues by tokenizing the adult sector and decentralizing the entire operation process. We look at some of bitcci’s most important features. bitcci is one of the oldest blockchain startups focusing on the adult sector, having been created in 2017 by its CEO Christoph Elbert. bitcci is a trademarked and coined name made up of the phrases “bitcoin,”‘bitch,” and a well-known Italian apparel brand.

bitcci is developing a modern culture for the taboo sex industry

By developing a modern culture of acceptance, openness, and trust, bitcci hopes to free the adult business from its current issues. It’s also intended to decentralize, regulate, and optimize the entire sector. This is accomplished by creating new business areas and implementing cutting-edge technology to ensure that all adult industry participants feel free and secure. bitcci’s plans for the adult business include the construction of new nightclubs, the development of IT platforms, portals, apps, and payment systems. bitcci Group AG, the parent company of bitcci, is made up of a group of stock firms based in Switzerland and Liechtenstein’s crypto valley. bitcci is also a member of Crypto Valley and Crypto County Association, two European blockchain groups.

The bitcci cash token was sold out in the first two weeks of July, yielding 1 million Swiss francs (CHF). The monies raised were used to increase brand recognition and develop new items within the ecosystem. The bitcci cash token offers a variety of applications that will help it gain traction. bitcci continues to innovate, and its marketing activities are slated to commence on August 21, 2021. In addition, the blockchain business announced that 200 street banners will be erected in key locations throughout Switzerland’s crypto valley by the end of August. By the end of Q4 2021, bitcci’s parent company, group AG, will tokenize 100 percent of the business’s shares.

The bitcci.com portal and app are also in the works, with a release date set for Q4 2021. The bitcci’s goal of one million registered adult workers by the end of 2022 is ambitious, but attainable. The blockchain project has demonstrated that it is capable of achieving this goal and becoming a prominent player in the blockchain business. The bitcci ecosystem has a number of qualities that help to ensure that it is long-term and meets its objectives. bitcci club: “bitcci club” is the name of the club management software that was created to assist sauna and brothel managers in effectively managing their operations. It may be integrated into current management systems at a low cost of operation and maintenance. The program is currently installed at four of Switzerland’s largest sauna clubs. More sauna clubs are expected to license the software in the near future.

The bitcci cash token is an ERC-20 token that is designed as a payment token for the bitcci ecosystem. It is used to pay for services including club membership and entry fees, restaurant consumption, live communication services, advertisements, and much more.

The bitcci cash Token has a total supply of 100,000,000,000 tokens that will be issued. The token distribution is as follows:

bitcci provides a service value chain that aims to modernize the sex business. The blockchain company’s IT system is already in use in four of Switzerland’s largest nightclubs, and it has amassed technological know-how on how to standardize the industry. The IT platform “bitcci Systems,” which is meant to ensure the safe and efficient operation of the components inside the bitcci ecosystem, is a key component of the bitcci ecosystem.

bitcci plans to create a nightclub network made up of standardized and identical structures that would follow local restrictions. Before an international expansion, the trial phase will see the construction of ten new nightclubs by 2022.

The sex industry is still dominated by cash payments since most workers do not have bank accounts or credit cards. bitcci wants to modernize the system by introducing new payment solutions including crypto and traditional debit cards.