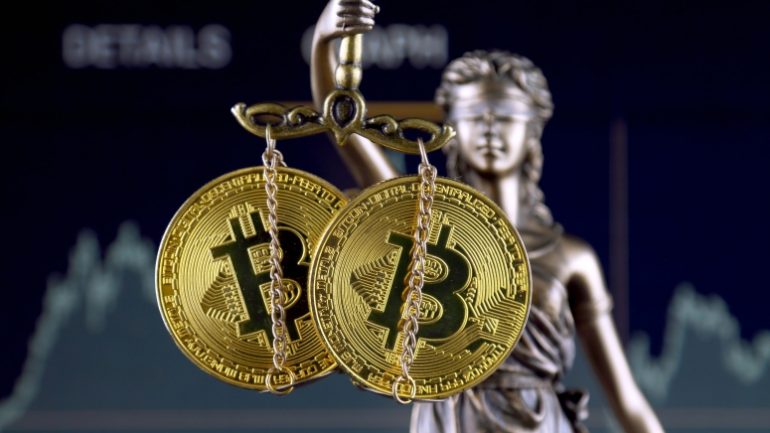 Australian authorities consider that Bitcoin and cryptocurrencies could work as investment vehicles in the market. This is according to the New South Wales district court Judge Judith Gibson. He stated that virtual currencies are a recognized form of investments despite their volatility.

Australian Judge Accept Bitcoin As A Recognized Form Of Investment
As reported by the local news site Wauchope Gazette, Judith Gibson stated that Bitcoin can be used as a security. This statement was part of a defamation case in which the NSW court established that the accusing party has to deposit $13,000 in a bank account that would be controlled by the court.

The surprising thing is that the plaintiff was allowed to use a crypto exchange account rather than a traditional bank account. However, he will have to provide information about the value of the assets held in this account considering virtual currencies are very volatile and their price can fluctuate a lot in just a few minutes.

Despite that, the plaintiff has to notify the defendant about every time the funds fall below the established limit of $13,000. Just to mention, in the last few days, Bitcoin (BTC) moved from $10,500 to $8,600, a price decrease of 18% in just a few days.

Judge Gibson commented about it:

“I can see the desirability of the defendant receiving prompt notification of any drop in the value of the account. These are uncertain financial times.”

Governments all over the world are starting to recognize virtual currencies as investment assets and useful tools for investors. Although there are no clear regulations on the matter, some jurisdictions are starting to create clear legal frameworks for individuals using digital assets to be sure they are operating under the law.

At the same time, companies are following certain Know-Your-Customer (KYC) standards in order for authorities to be sure they are protecting users and following the regulations imposed by governments. Despite that, there are no unified controls and rules that exchanges and other crypto companies should follow to operate, which is making the legal frameworks very heterogeneous.

Nowadays, there are several firms providing a wide range of investment solutions using Bitcoin and other virtual currencies. This is very useful for expanding financial services to a wider part of the population that doesn’t have access to traditional financial solutions. At the moment, each Bitcoin can be purchased for $8.730 and it has a valuation of $159.29 billion.